The West Hollywood Park swimming pool is gone, being replaced by 2 new rooftop pools. The renovated park is expected to open in Spring of 2022 and the second phase, which is what is being worked on now is going in at a cost of over $113 Million.  Take a look at this animation of what it will look like.

WEHO Times - Iconic Rage Nightclub, located at 8911 Santa Monica Blvd, is permanently closing after operating in the heart of West Hollywood’s Boystown (now known as the LGBT Rainbow District) for 37 years. According to sources, the restaurant/bar and multi-level nightclub did not renew their lease which was up in November. Former employees also blame the COVID-19 pandemic and high rent as factors in its closure.

With the recent closing of Gym Sportsbar on July 8th and Flaming Saddles Saloon on August 16th, there has been much speculation that Rage Nightclub was next on the Santa Monica Boulevard chopping block, while bars and dance clubs remain shuttered during the pandemic.

We haven't done any updates since 4/22, so we wanted to post this 11 minute video to talk about the state of businesses in West Hollywood and the importance of voting in November. 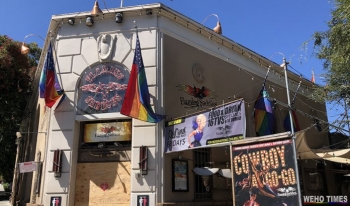 WEHO Times - Flaming Saddles Saloon, located at 8811 Santa Monica Blvd, on the corner of Santa Monica Boulevard and Larrabee Street, is closing permanently after operating in WeHo for over five years.

An official statement on the country western bar’s official Facebook page sites that the owners were not able to negotiate their lease during a time of COVID. Like Gym Sportbar located a block away, which announced its closure early in July, Flaming Saddles was not able to work it out with with the landlord and has been forced to close. Employees were informed that they would not be returning to work this afternoon.

WEHOville - Christopher Street West, producer of the annual LA Pride parade and festival, is moving the event out of West Hollywood, which has been home to the Pride celebration since 1979.

In a letter today to members of the West Hollywood City Council, CSW’s board of directors said it decided to move the June 2021 event for several reasons.

“These include construction in West Hollywood Park, the changing demographics of Greater Los Angeles, our commitment to being responsive to the LGBTQIA+ community’s needs, and our allyship and collaboration with other movements for social change,” the letter states.

WEHO Times - The City of West Hollywood launched a website section earlier this month with tips and resources for mental health and wellbeing. The new page addresses issues like how to handle stress while being stuck at home, domestic violence, and it provides links to healthcare providers. There’s also a section about sex during the COVID-19 Emergency.

Is having sex during the coronavirus emergency even a question? 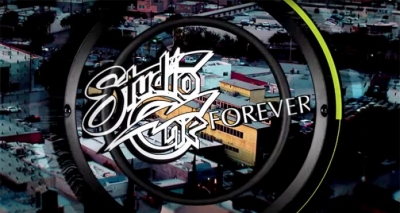 WEHO Times - Here’s a sneak peek at the Studio One Forever documentary through the lens of Scott Forbes.

Studio One Forever is about West Hollywood’s historical Studio One Disco and its sister music venue The Backlot, from 1974-1993. The doc covers the rise of the disco craze and the gay civil rights movement, to the tragic days of the AIDS crisis that rocked the community.

Gabrin, a two-time cancer survivor who worked at East Orange General Hospital in Essex County, New Jersey, reportedly died in the arms of his husband, Arnold Vargas, at their New York City home.